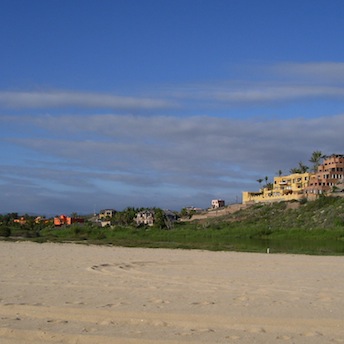 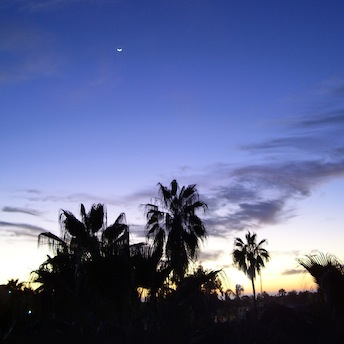 If my soul were a city it would be called Sueño. Dream. It would sit beside the sea, and the citizens would serve the sea creatures in our bay. The whales would come, and we would stand ankle-deep in the wet sand to scrape barnacles from their backs or tread water beside them to help with difficult births. Cars would not be allowed in our seaside town, and everyone would know three or four languages–everyone would speak both Spanish and English fluidly and each of us would know a third or fourth language, as well. When travelers came, they would park outside our city and walk in or ride the solar-powered monorail. If they didn’t speak English or Spanish, the bells would ring and someone who spoke their language would respond to get them settled, show them their way, make them welcome in our town. We would be a desert city, and we would have a desalination plant to bring fresh water to our splashing fountains and our luscious rooftop gardens. We would gather in our plaza at dusk, our zócolo, and add our voices to the calls of the Great-Tailed Grackles. We would sing our prayers for peace, our agradecimiento, our gratitude, and when the last light began to leave the sky and the grackles settled to sleep in the jacarandas our singing would quiet, and we would walk home in small groups or by ourselves, in silence, only our footfalls in the sandy dirt, on the stone streets, only the whoosh of our skirts, the murmur of the sea in the distance. If I were a city I would be filled with color and texture, fuchsias and granite and woven cloth with soft nubs. I would be filled with birds, with caterpillars, with leopards who licked mango juice off the sticky hands of toddlers. If I were a city I would be between borders, between worlds, sandwiched between the desert wilderness and the vast Pacific. If I were a city I would sleep long hours every night and short hours every afternoon, and everything would be closed on Sundays the way it was when I was a little girl living in Tujunga. If I were a city I would sing to welcome the morning sun and rock our world to sleep each night. If I were a city I would be a home, a light, a cradle, a dream always coming true.

[Editor’s note: I wrote this piece in the 10-week Monday night writing workshop I am blessed to be a part of. The workshop is sponsored by Inlandia and is led with sweetness and grace by Maureen Alsop. The writing prompt was created by Dorothy Randall Gray: If your soul were a city, what would it be called, and what would it be like to live there?]

I'm a writer and a teacher, though I usually say it in reverse. I hope to find more of a balance between the two. ;-)
View all posts by Riba →
This entry was posted in Animals, Birds, Daily life, Fiction, Gratitude, Life, Music, Prayer, Writing and tagged if my soul were a city, singing prayers at dusk. Bookmark the permalink.